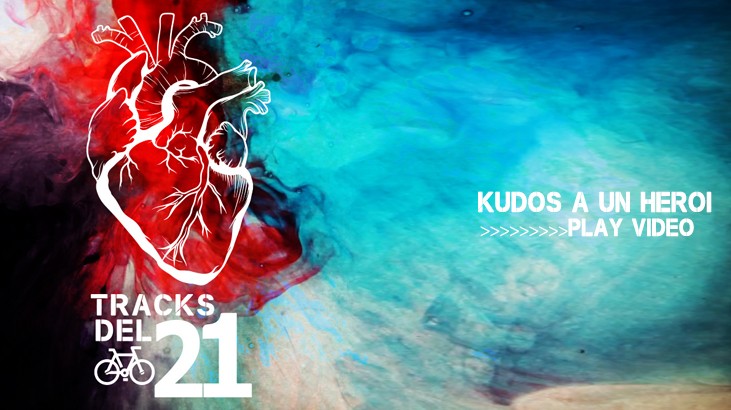 The stage chosen ADOPT THE SPONSOR'S NAME, to share on social networks and tracksdel21.cat
During the stage it will be given WIDESPREAD DIFFUSION ABOUT THE SPONSOR.
A space on the web with A SPONSOR LINK .
Sponsor Logo at SPORTSWEAR Tracks of 21 - Small size
STAGE 3D VIDEO with the sponsor logo

The stage chosen ADOPT THE SPONSOR'S NAME, to share on social networks and tracksdel21.cat
During the stage it will be given WIDESPREAD DIFFUSION ABOUT THE SPONSOR.
A space on the web with A SPONSOR LINK.
Mention of the sponsor at CORAVANT BLOG.
Sponsor Logo at SPORTSWEAR Tracks of 21 - Big size
Sponsor Logo at CUSTOMIZED AND ADVERTISING VINYL Tracks del 21 motor home.
STAGE 3D VIDEO with the sponsor logo

In July 2019 it will be ten years that Dani Jarque is not with us. During these years, his memory has always been very present, not only at the heart of all the Espanyol supporters, but also among all the football fans, all sports enthusiasts and, in general, in the whole society.

Currently, his legacy as a player and as a person has become into an icon, a referent and a myth. Many are the signs that, day by day, remind us to his person: clapping in the 21st minute in each match at RCDE Stadium, any activity in Espanyol training ground that takes his name, shirts and scarves with his face, solidarity challenges...

Tracks of 21 is a solidarity challenge with the aim of remembering and honoring Dani Jarque when it is the tenth anniversary of his death, cycling the distance between Florence and Gate 21 at RCD Espanyol Stadium

How will it take place?

The challenge has also a solidarity side, as one of the most important trait of it, it is to become aware of congenital heart disease. The Dani Jarque incident marked a before and after in the awareness of cardiovascular diseases and proves that cardiopathies in athletes are not isolated cases. And what will we do?

And how will we do it?

In order to make this project as transversal as possible, with the aim of reaching the maximum number of target audience, with the need to make a good dissemination, due to the complexity of this challenge in terms of management and logistics, because a good coordination is crucial in order to reach the Gate 21at RCDE Stadium on time and mainly, because without executing the project we do not achieve the commitment concerning the solidarity side with Coravant, we believe the best choice is raising a crowdfunding campaign.

It is important to know that the donations you make to the project through Goteo automatically deduct for the following income statement. To find out what the State will return you for the donation you make, you can check Tax Calculator

We have up to 7 collaboration options that range from €20 to €600. Most of the rewards of the challenge includes high quality sportswear. May you help us to make it possible? 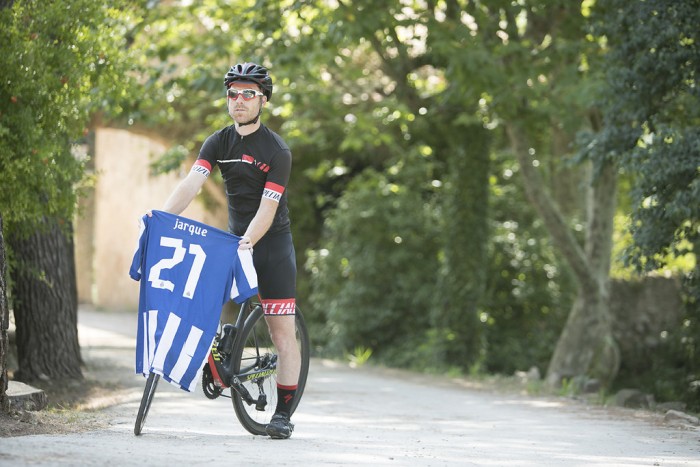 Join in 21 stages the distance between the Centro Federale di Coverciano in Florence to Gate 21 of the RCDE Stadium.

Transfer Tracks of 21 route to the old ways of pilgrimage like Via Francígena, Via Domitia, the Catalan way of Santiago and the Via Augusta.

Flag Tracks of 21 with a clear solidarity behavior, working with Coravant Foundation and their project about training, orientation and monitoring project in physical activities, that expects, among others, schedule stress tests (Cardio-respiratory exercise test) in young athletes with congenital heart disease.

At the end, match the arrival of Tracks of 21: Kudos to a hero at the Gate 21 of RCDE Stadium on the 8th of August of 2019. Date of the tenth anniversary of Dani's Jarque death, after 21 days and 21 stages by bicycle.

The incentive to complete Tracks of 21, a project understood as a personal and sportive challenge and maket it a bike endurance event.

Personal appreciation to a guide. An idol becomes a hero. In other words, make the Andrés Iniesta message at the 2010 South Africa World Cup final eternal: "Dani Jarque, always with us." 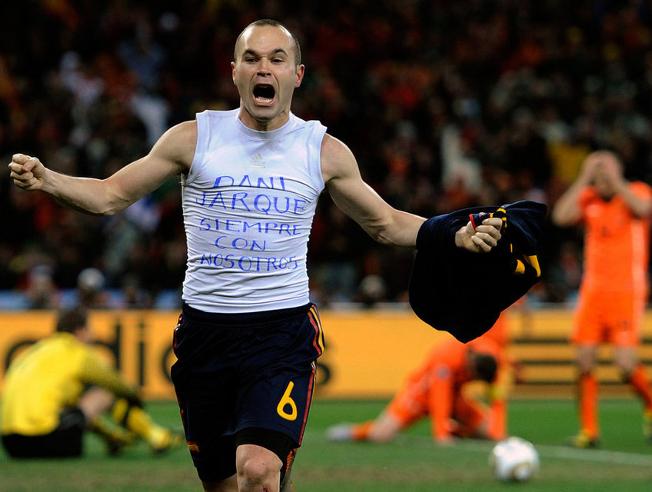 Inherit the values that defined Dani Jarque as a person and moved them to the challenge. Take these values, and make them as a the distinguishing feature of Tracks of 21: Constancy, Commitment, Tenacity, Effort and Solidarity.

“Kudos to a hero”, the challenge name wants to be another reason for Dani Jarque memory and what he represents. The term Kudos derives from Greek κῦδος kŷdos "glory" or "appreciation" and indicates gratitude and admiration but it is also closely linked to success and challenges. A set of meanings and sensations that fits perfectly with the challenge soul.

Support and assistance team during the route:

The challenge wants to be on the one hand, a tribute to the player Dani Jarque when in 2019 marks 10 years since his death and on the other hand raise the awareness about cardiovascular diseases, knowing their risks, trying to minimize them and improving the quality of life of people suffering from congenital heart disease, working together with the CorAvant Foundation