Mention in WEB and APP

Recognition with references on the web and APP + Memetro T-Shirt + Memetro Kit (Memetrol Box) + Memetro Poster and invitation to participate in the testing phase of the platform + Memetro Bag + participate in a shock therapy group (*) Note: the therapy would out with a minimum of 5 and a maximum of 10 people.

For entities, associations or cooperatives, presentation of the project in your space your group or collective + 4 Memetro T-Shirt + Memetro Kit (Memetrol Box) + Memetro Poster and invitation to participate in the testing phase of the platform

Your name and logo will appear as sponsor of the application both newsletters, and web and app for 1 year. If you are interested in this option you should know that we do not accept any sponsor of the 1% ;-)

A social network that detects ticket checkers throughout public transportation networks of your, or any, city. The persons affected by the Memetro disorder can use the App to share alerts and be informed of system wide ticket checks in progress, in real t

Is a platform that detects ticket controls throughout public transportation networks in any city on the planet. Affected parties can share alerts and see the location of ticket checkers in their city in real time.

If you suffer from Memetro this is your application.

Memetro is a disorder that affects memory function, that causes affected persons to forget to validate their public transport tickets when they enter the transport facilities.

If you suffer from Memetro its essential that you be informed in order to avoid economic sanctions and the resulting stress and malaise.

The principal mission of the social network shall be to promote mutual support amongst affected persons and provide the necessary tools and knowledge such that those who suffer Memetro suffer as little as possible.

Checkpoint statistics, geolocalization alerts embedded in maps, filters by type of transport and information for the affected are some of the capabilities offered by the this potent collective tool.

The Memetro Apps is 100% open source code and functions internationally. 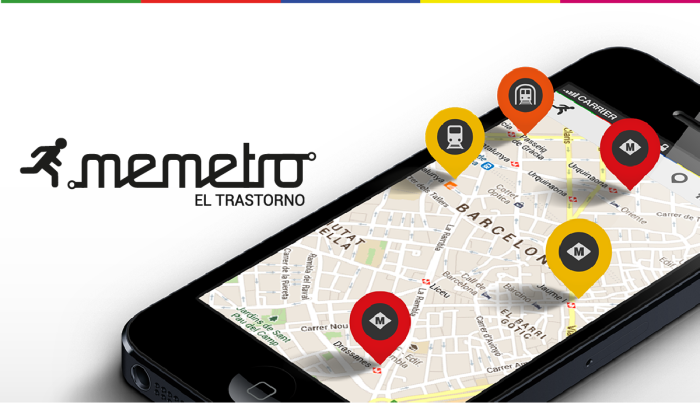 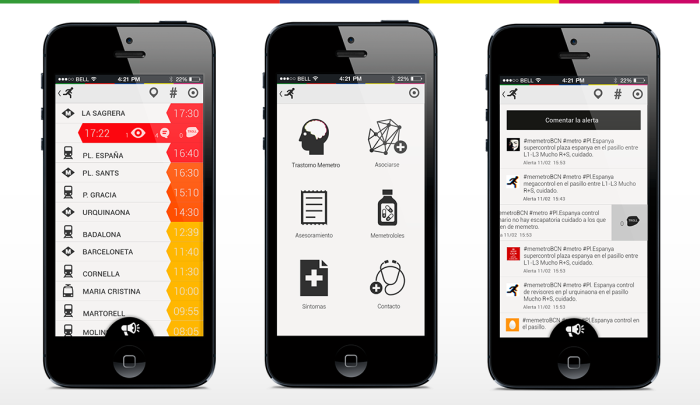 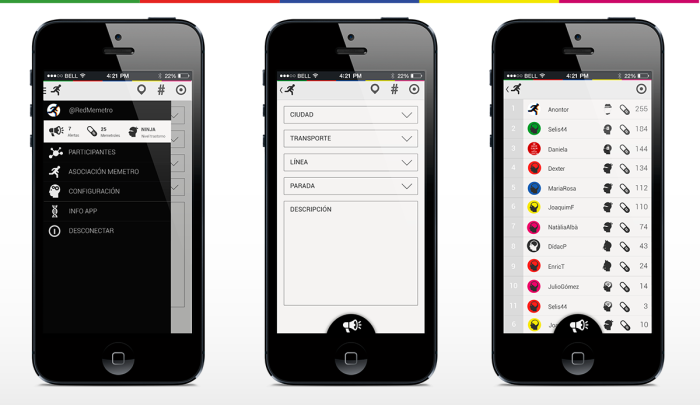 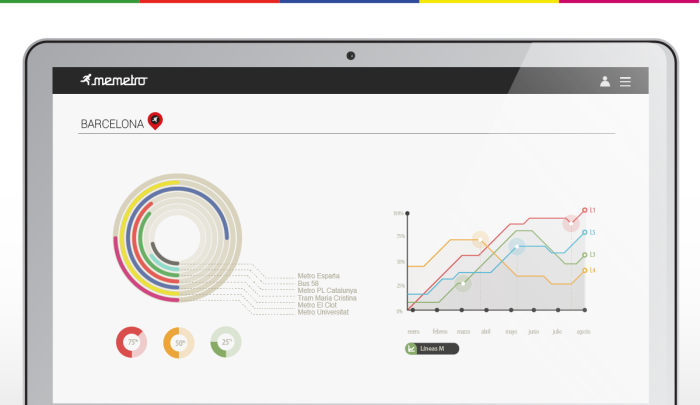 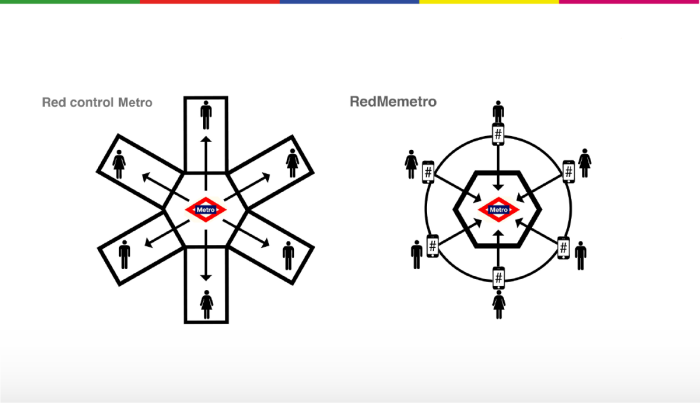 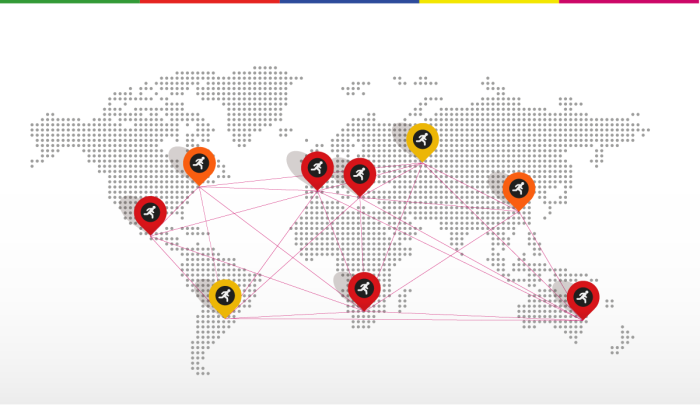 Its operation is very simple. When a person uses the subway , train, bus or other means of public transport and localizes ticket checkers, they can easily create an alert to share through the application.

Thus if a person suffers an episode of Memetro, they may look at their phone and see if there are nearby checkpoints thus lowering the risk of possible sanctions. Www.memetro.net/

From the app you can : 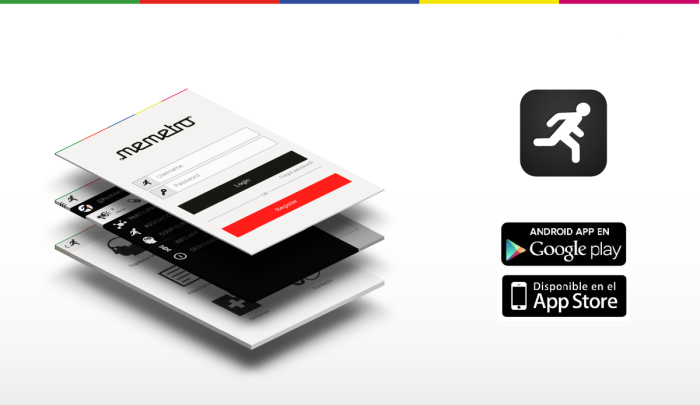 After two years of research and many case studies , an exponential growth in people suffering the disorder Memetro has been observed. The Crisis , political corruption , the rising price of transport or mismanagement by directors of the public transport companies are some of the factors that increase cases of Memetro disorder

The implementation of this platform will serve to connect and help all those affected by Memetro . Thanks to the collective intelligence of networked societies we are creating new spaces of resistance. The Memetro warning network in its few years of existence, has managed to subvert the power relations and supervision exercised by public transport companies. Now , thanks to your help the new application and network platforms will be more efficient and exportable to other places.

International:
The expansion of the disorder is inevitable and every day more cities are beginning to suffer from this ailment. So the app is designed so that any city with the need to collectively address the growth of this disorder, can launch an alert network

2 - Allow any city in the world with cases of the disorder to incorporate an alert system of their public transport network .

4 - Through new information technology, mutual support and collective intelligence , generate a networked strategy able to force the power to reverse the price increases of public transport systems. Carry out actions to reduce cases of people affected by Memetro .

Raising campaign funds is a key to continue building a strategy of struggle and support for people affected by the disorder.

To design, develop and maintain a network like this takes a lot of effort and time that you should want to reward .

Now more than ever the Memetro platform and those affected by this disorder need your help .

Memetro Cultural Association (ACM) is a non -profit organization formed mostly by people affected by the Memetro disorder . The last 2 years have been devoted to the study and research of the causes and effects of the expansion of this disorder. After early research the Association decided to use new communication technologies, collective intelligence and mutual support as ways to combat the ills caused by the disorder.

Today , having launched a pilot project in the city of Barcelona that has been very well received we have decided to improve and expand the checkpoint detection tool to other cities.

The team consists of several professional designers and progammers affected by Memetro. Together they have decades of experience in the world of art , cultural production , programming and graphic design.

These people have already participated in the research and development of the first phase of the app in collaboration with the production team .

Keeping in account the support team's experience and desire to take this project forward , we are sure that the end result willmeet the needs of people suffering Memetro Disorder . 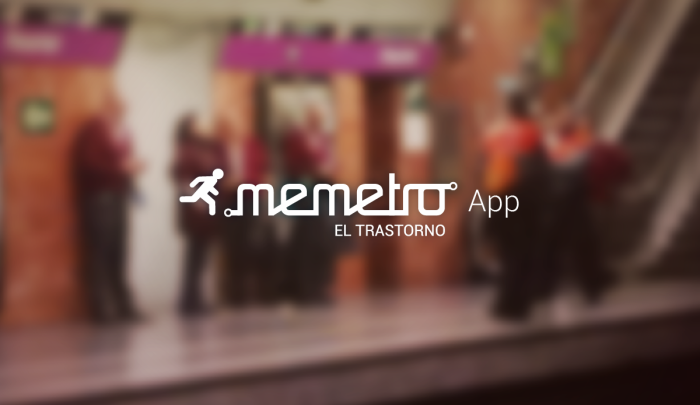