Your name in the film credits

Your name and last names will appear in the Thank You credits in the end of Trikifollia.

The documentary on your computer

Trikifollia in DVD (with bonus)
> 18 Backers

Go to the premiere!

Get dressed of Trikifollia in the premiere
> 18 Backers

Have a lunch with Trikifollia

Have a lunch with Trikifollia... and your companion!

On the set without leaving home

Your logo in the film

The logo of your company, bar, shop, association... will appear as “Producer” in the credits of the documentary + Dairy shipment of digital photos about the shooting + A surprise souvenir from Castelfidardo + A lunch with the team the day of the premiere in Donostia/San Sebastián + A T-shirt + Invitation to the premiere event in Donostia/San Sebastián + DVD (with bonus) + Direct download in HD + Mention in the final credits

Projection of the work with a talk about the aspects that interest you about the project (in all cases the co-founders are in charge of the projection place and the infrastructure; out from The Basque Country transportation must be added, and the stay if it is necessary). + Your name and/or your logo will appear in the Thank You credits in the end of Trikifollia

Be an Associate Producer

A documentary, a road movie, a musical. A story of passion for the trikitixa.

What is the trikitixa? Where does it come from? How did it arrive to The Basque Country? How is it made? Trikifollia is a musical documentary project that tells the story of a group of adult students of trikitixa, seniors, who set out on a journey to the place of origin of this type of accordion to answer these questions. A fun trip by bus towards the origin of the instrument that unites them.
The documentary will reflect the passion that these students, advanced in age, feel for the music and for the instrument they play, showing that there is no age limit to get excited.
The journey from San Sebastian (Basque Country) to Castelfidardo (Italy) will be full of stops and improvised performances that will surprise and make happy the locals; because the music, after all, is something that can be enjoyed by everyone, anywhere. 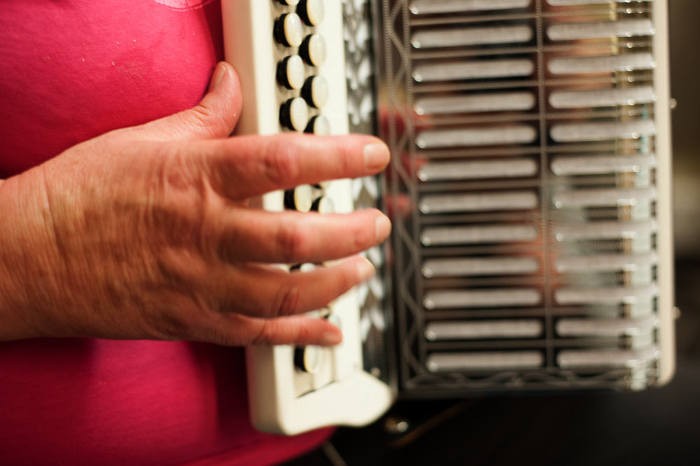 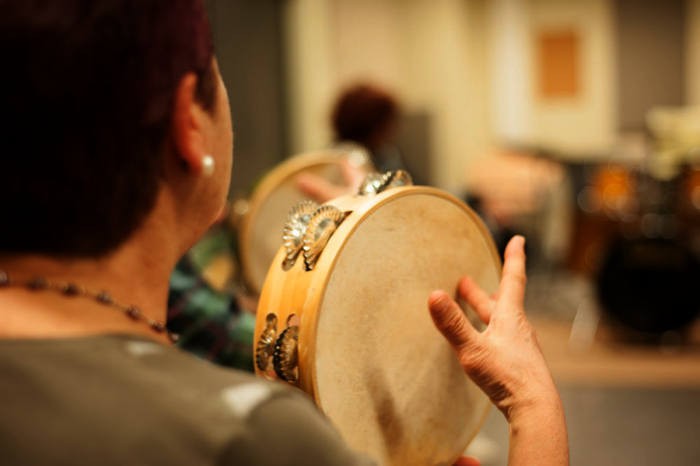 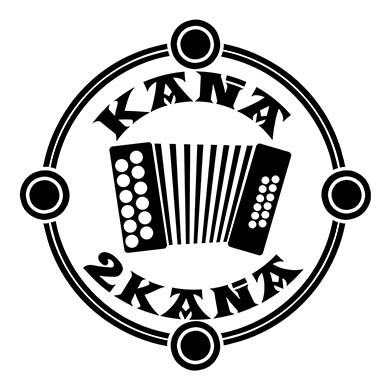 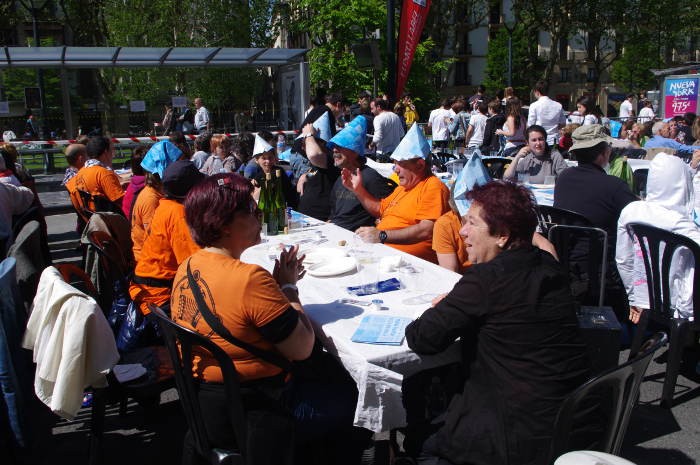 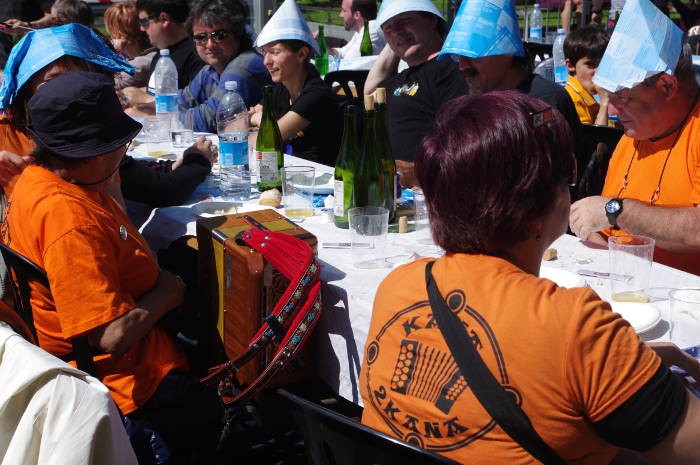 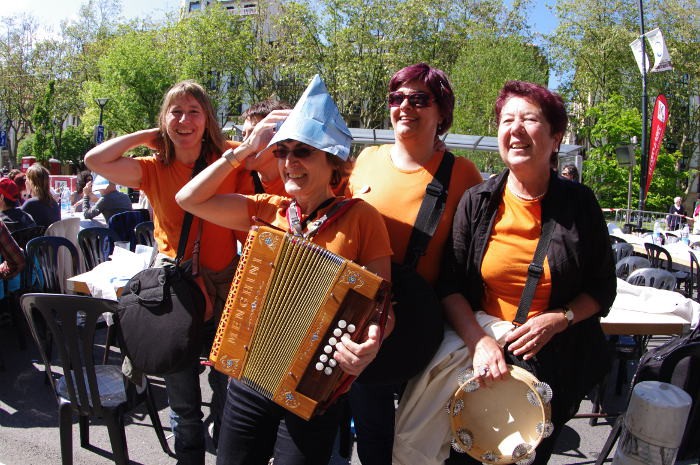 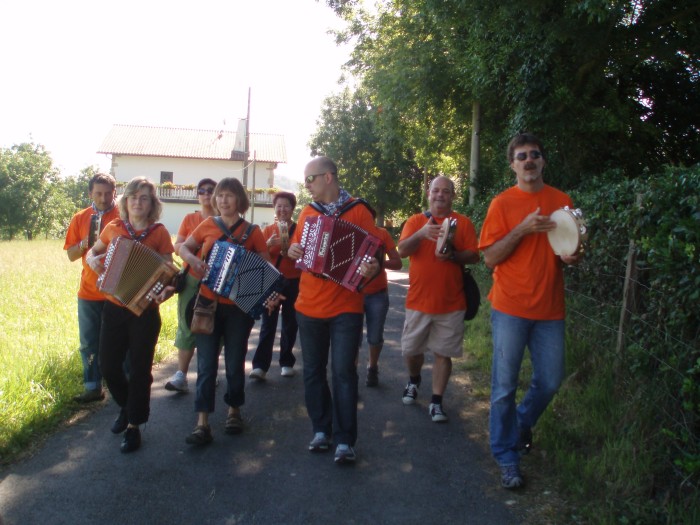 The project is a short musical documentary film about 20 minutes long and a TV version of 52. By a funny story and a professional treatment of the image we want to make a work that tells that culture, beyond the big names, is something accessible and enjoyable in any moment of the life.
All these concepts come together in the story of a group of older people who enjoy having trikitixa (name given in The Basque Country to the diatonic button accordion) classes and sharing the fruits of this learning in different events with their street band “Kaña 2 Kaña”.
Our road movie proposition sets in the trip that the members of the band want to do to Castelfidardo (Italy). This city is the cradle of trikitixa and the place where the factory that supplies the accordions to the music school and to our characters is.
Considering the personality and the good mood of the members of the group, this search will leave a great number of amusing and interesting moments, as well as the reaction of the surprised audience because of the improvised concerts that they will be offering during the journey.
The project will also be used to present this peculiar instrument and its arrival to The Basque Country in the 19th century, since a lot of workforce came from Italy to work in the construction of the railway, bringing with them their folklore and instruments. Little by little, the trikitixa spread across The Basque Country and the popular melodies were adapted to this new instrument. It will be also explained the way this instrument is played in its place of origin, since we have the intention of organizing a musical meeting with local accordionists.
To provide documentary evidences about the history of the trikitixa we will count on the participation of experts such as, among others, Juan Mari Beltrán, director of the Basque Traditional Music Museum “Soinuenea”, located in Oiartzun. To briefly narrate the construction of the railway we will count on a large stock footage, as well as with the collaboration of The Basque Railway Museum Foundation, located in Azpeitia. 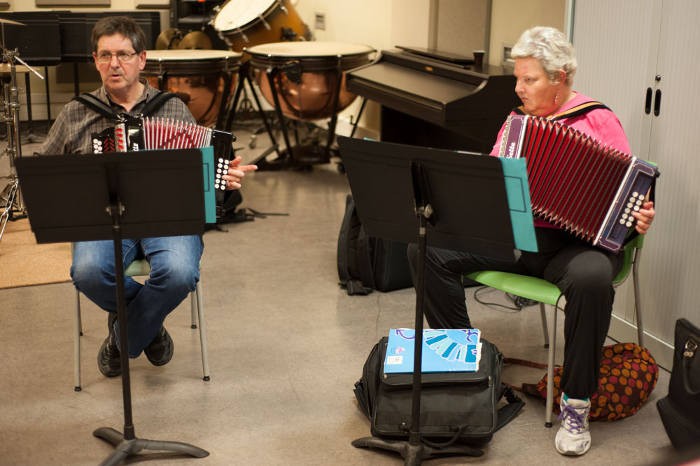 Years ago we attend a parade featuring by our trikitixa players in fiestas of Egia neighbourhood in Donostia/San Sebastián. Their age, good mood and the happiness they showed attracted our attention. Little by little we approached to this band and after some time they told us how another group of mates from the music school who studied piano had done a trip to C. Bechstein pianofortefabrik, a piano manufacturer located in Berlin that supplies the music school. The experience was enriching, since it allowed them to discover firsthand how the building process of the instrument they usually play is. This was the spark that lighted the project of making a trip with our picturesque accordionists to the factory where the instruments they play are produced.
Although we all knew that the factory was in Italy, in the town of Castelfidardo, to the south of the Adriatic port of Ancona, did not cease to surprise us that an instrument we thought so rooted to the Basque culture was brought in a relatively recent period (first half of the 19th century).
We found that two very interesting stories to bring to the screen converge. On the one hand, the fun coexistence of our characters during the five days that our journey will take, where we will get and understand their passion for the music and the instrument we are talking about.
It seems very attractive for us to reflect that childlike enthusiasm and the desire for self-improvement in an amateur music band where the members are not precisely children.
But it also seemed for us an incomparable occasion for documenting the history of the trikitixa, its origin, its arrival and its dissemination.
The creators of Trikifollia have in mind three types of audience able to enjoy this work. It is directed to anyone who has interest and pleasure for the cinema and documentaries. It will be also a product of interest for the enthusiastic about traditional music. Last, but not least, we believe that telling the story of the “Kaña 2 Kaña” band it does not only allow us to weave a story about a music band but it is a document that will appeal attractive to any culture lover, while questions about human nature, coexistence, friendship and enthusiasm for the simple things of life will be addressed. 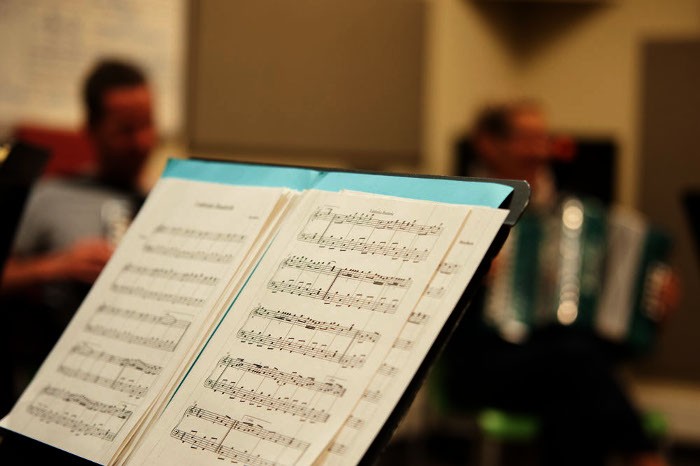 The creators of Trikifollia seek to achieve three objectives through this campaign: funding, to publicize the project and to encourage free culture.
Economically we look for the funding that will allow us to complete the project for making this film reality. The documentary needs these funds because of its complex logistics, mainly due to the necessity of travelling to Italy and the accommodation during the journey.
But that is not the only aim; we also want that the platform help us to publicize our project, which we consider interesting, as many people as possible. The very fact of making a crowdfunding campaign will help to spread the project.
In this way, since free culture awakes big interest among the team members, we think that this project matches perfectly, because of its characteristics, with the approaches that drive knowledge sharing. This concept takes shape in the work of dissemination the trikitixa and its history, which will be done with this audiovisual work. 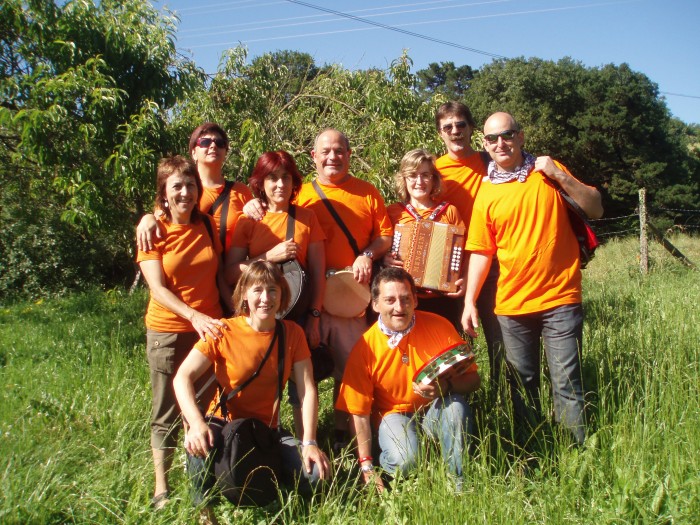 The project is directed by Unai Guerra, an audiovisual creator whose career extends more than one and a half decade. In this time he has worked as a graphic artist, art director and credits director in cinema, television, video and of course as director in several award-winning short films. The knowledge about all these tasks and formats give him the necessary knowledge to bring the project to a successful end in his first short documentary film as director. Some of his works can be seen in the following web address: www.vimeo.com/unaiguerra
In the same way, the director has surrounded himself with a team with technical and artistic ability to ensure the quality of the work. The audiovisual team is composed by Igor Urdaniz, as photography director, Marta Berard as scriptwriter and Mikel Goñi as producer.
Urdaniz started to work as cameraman in 1997, and since then he has carry out camera, photography director and producer tasks. A sample of his works can be seen in his website: http://www.igorurdaniz.com/.
Marta Berard is a journalist who has been correspondent for EFE Agency in Cairo, New Delhi and Sao Paulo. Passionate about telling human stories with rigour, she has cover multitude of news and done lots of reports in audiovisual format and for radio media. Her broad experience as reporter, editor, interviewer and documentary maker gives her the ability to script, structure and get valuable information in the documentary part of the project.
Mikel Goñi has worked in the world of communication as journalist, photograph and producer, and he also has experience as short documentary films and photographic reports director. His career and works are collected here: www.mikelgoni.info
The trikitixa student group is very diverse considering that is formed by pensioners, teachers, unemployed, cuisine fans... Their point in common is their fascination for the instrument they play, but above everything the joy and fun that arises when they meet to rehearse. Such is the case that in 2011 they decided to create the band “Kaña 2 Kaña” for playing in traditional fiestas, pilgrimages and events in general. Of course, their encouraging trikitixa teacher will accompany them during the trip, since it will become a class where all of them can play with intensity they never before did, taking the opportunity to improvise performances during the journey for surprising the locals and for organising a meeting with local accordionists when arriving to the final destination. 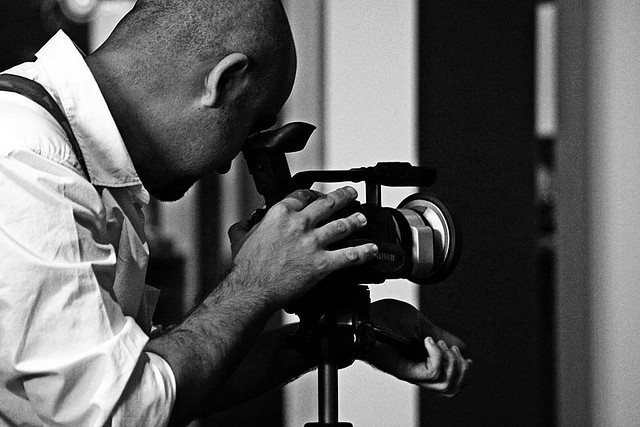